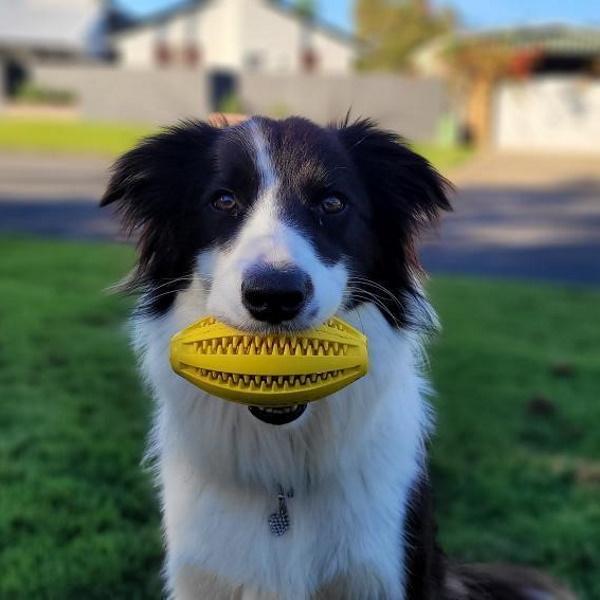 If you have at least two dogs living under one roof, then you know that sometimes keeping your pair of furry friends under control can get quite hectic – particularly if your two dogs are of different sexes. It’s often during a female dog’s heat cycle that things get crazy as the male and female stir each other up in a hormonal frenzy!

Let’s talk about what’s going on with your lady dog that is causing your male dog to go wild and display some rather ungentlemanly responses.

Jump To:
Lady Signals – The What & Why
Ungentlemanly Responses
How To Keep Your Male Dog Calm During A Female’s Oestrus Cycle

A typical female dog will experience between one to four heat cycles annually which last for between two to three weeks. Depending on your pooch, you might not immediately notice she’s in heat; but often the first sign you’ll see is a bloody discharge.

During a heat cycle, a female dog will produce pheromones and hormones that male dogs can detect from kilometres away. And this is the source of trouble as intact males in range will catch a whiff of a viable mate near them and come knocking.

When an intact male dog senses a nearby female is in heat, they’ll do just about anything to get to the potential girlfriend. This is where a usually mild-mannered dog starts behaving erratically making him hard to control. Male dogs could jump over or dig under fences or cross a busy highway just to get to the in-heat female dog.

If you have both a female and male dog that haven’t been desexed living under the same roof, things can get a little chaotic for you if you don’t want a pregnancy.

Here are the 3 things you can do to keep your male dog calm when they’re sharing a roof with an in-heat female.

Another remedy you could try is a physical barrier. Place a Doggy Diaper on your female dog. This will collect any discharge and will help mask the scent from your male dog. Make sure you change the diaper regularly so as to prevent any possible infection.

To avoid dealing with the problem of an in-heat dog every few months, veterinarians recommend that you get your female dog spayed (removal of ovaries for female dogs) and your male dog neutered.

Desexing is not only effective for keeping your dogs from becoming parents, it can also reduce the risk of certain types of cancers and help improve your dogs’ overall behaviour.

Hope this helps! If you have any other questions about this topic, check out the frequently asked questions below:

Do male dogs go crazy when a female is in heat?

Often yes, male dogs may increase their marking behaviour, stop eating, become more aggressive and may obsess over tracking down the female dog in heat for the duration of her cycle.

How long will a male dog be attracted to a female in heat?

Typically it will be for the duration of her cycle. Typically the estrus period for dogs is around 18 days.

Why is my male dog whining so much?

There are several reasons your male dog is whining so much including; excitement, anticipation, apprehension or anxiety. This behaviour may increase if there is a nearby female dog in heat.

How to calm a male dog?

View a list of the ideal weights of some of the most popular dog breeds.

Play the PupAudio Podcast for your dog and start desensitising your dog to “scary” sounds today!